We started to kick off some new developments for 2020.
Working on a new promotional video was one of them and it's already been released on YouTube

We are currently working on a new EP (soon to be released), new endorsements, new improvements in our public relations, new songs, etc. etc. So keep following us on Facebook, our website and on the road cause it's gonna be a hell of a tour!
Here's our "Copper Anniversary Tour 2020..." list where you can see us live! 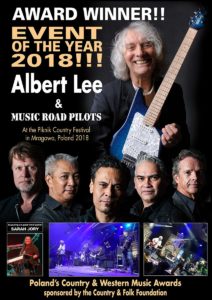 Proud to announce that...

Albert won the DCMA Award for Best Musician Of The Year 2018.. AGAIN!!!

In 2017 he won this award too, while the band won the award for Best Electric Band Of The Year 2017!

We want to thank you all so much for voting!

For the third time Music Road Pilots won the Award for
'Best International Country Band by the ACMF' 2018 in Austria!

We are very pleased and honoured to receive this award.
We want to thank everyone who voted for us!

Music Road Pilots received the following awards in a short period of time...

Sarah Jory joins MRP as an additional member to the band.

After her years in the band with Van Morrisson, the princess of Steel Guitar Sarah Jory is back on Track in the Country scene.
Sarah has her own 'SARAH'S HOT PICKS on KEEP IT COUNTRY TV' every Thursday.

BREAKING NEWS!!!
Sarah's NEW CD celebrates 2018 as her 40th year in the music business.
The CD contains some classic tracks, along with some new material.

Our drummer Hans Molenaar gave an informative interview in one of Dutch most leading drummers magazines.
Proud of this Pilot 🙂

"Thank you so much guys ! I had the best time and one of the most awesome and enjoyable gigs I have been involved in , in a long time !! The world needs to know about MRP ! See you in Holland in July ! Can't wait ... Sarah j xxxxx"

Check out Vids & Pics for some Youtube clips of MRP with Sarah...

Early 2008 Albert Rumengan, accomplished Dutch guitarplayer, formed the band “Music Road Pilots”. The mission from the beginning was to create a modern country sound mixed with classic Americana-Styles. The music is still rooted in the warm, raw authentic folk sounds as sung by artists such as Hank Williams, Ray Price, Merle Haggard, Buck Owens and George Jones. MRP uses this great classic sound and merge it with the fast paced country-rock of today. The MRP band members interpret their cherished roots in a unique European way to bring you music with a compelling new twist: Traditional Country, Country Funk, Southern Rock, Rock ‘n Roll and Blues.

Inspired by contemporary artists such as Keith Urban, Brad Paisley, Vince Gill and Dierks Bentley, the band focuses on energetic live performances with great entertainment value. Americana and Modern Country… at its best!

Immediately after the release of their first album “When She Gets Close To Me” the band took the industry by storm. Many spectacular shows across Europe raised a lot of attention as Music Road Pilots showed up at most of the popular venues and festivals in more than fifteen countries. In three years time the band established themselves as one of Europe’s best and most exciting Country-acts. Along the way they shared stages with LeAnn Rimes, Dwight Yoakam, Connie Smith, Bobby Flores, Darryl Worley, Billy Yates, Danni Leigh, Aaron Watson, Will Bannister and ZZ Top.

In 2013 and 2015 Music Road Pilots was voted “Best International Country Act” in Austria, and also in 2015, the band was voted “Best Country Band” by online magazine “Fair Play Country”.

In 2016 they toured with the legendary Country Music Hall Of Fame artist Charly McCoy (USA) and sister of the legendary Jerry Lee Lewis, Linda Gail Lewis (USA). And they released their second album “NashVegas”. They have been nominated by the Josie Music Awards in Nashville USA and won for the third time the ACMF Award in Austria for “International Band of the year”. Also that same year the band is additionally enhanced by World’s nr. 1 female pedal steel guitar player Sarah Jory (GB).

In 2017 Music Road Pilots was voted “Electric Band of the Year” and Albert Rumengan as “Musician of the Year” by the DCMA (Dutch Country Music Association).

The Pilots are ready for the next stage on their flight plan! 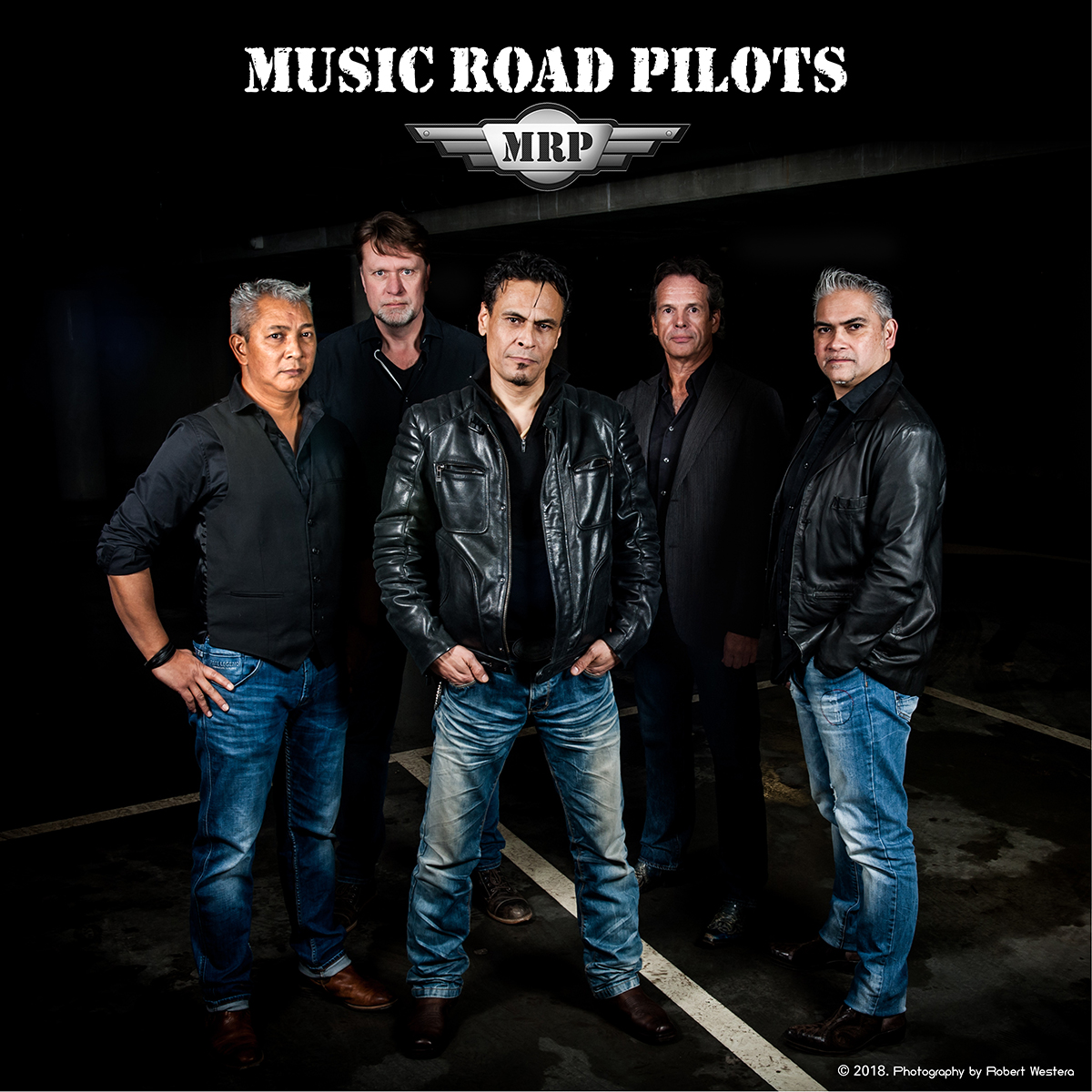